An attractive lakeside town, Coppet is known for its castle, the former home of Madam de Staël.

The mediaeval town of Coppet is full of architectural treasures of the Savoyard era; the ideal place for cultural tourism enthusiasts who can admire the temple, convent, Maison de Meézières and Maison Michel, housing the Musée du Vieux-Coppet, as they stroll along Grand-Rue.

Coppet Castle owes its renown to the fact that it was bought in 1784 by Necker, Louis XVI's finance minister. His daughter Germaine de Staël, the main opponent of Napoleon, invited the European intellectual elite of the early 19th century to what became the "Salon de l'Europe". Still inhabited by the descendants of Mme de Staël, the Château de Coppet is open to the public from April to October. The rooms of the annexes and the cellars of the castle can be rented for exclusive events.

On the shores of Lake Geneva, Coppet is a beautiful, peaceful place to be. At its harbour, tourists can board a modern or Belle Epoque boat operated by the Swiss compagny CGN (Compagnie Générale de Navigation) for a romantic cruise on Lake Geneva.

Free access to the public during the opening hours of the Municipal Administration The Information point is located within the city hall building, in the middle of Coppet’s main street (Grand Rue).

The Château de Coppet overlooks the historic old town between Nyon and Geneva, on the shores of Lake Geneva. It has remained in the same family for nine generations and is open to visitors from April to October. You can discover the places where Jacques Necker, minister of the French king Louis XVI and his daughter Germaine de Staël lived.

Come and discover the town of Coppet by doing a track game.

Guillaume Bichet welcomes you in his confectionery and in his tea room to taste his pastries, macaroons and other chocolates in Coppet. Opened 7/7.

The Terre-Sainte Theater offers a rich and diverse program for an entertainment break in Coppet!

Stop by the Photo-Spot next the port of Coppet and let yourself be amazed by the beautiful view on Geneva Lake. Being part of the itinerary of the Grand Tour of Switzerland, one of the best points of view during your trip. 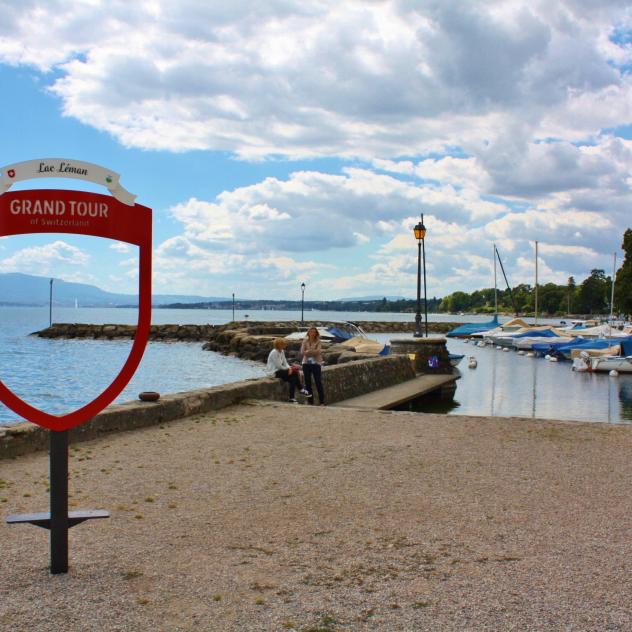 Take the time to experience the Grand Tour of Switzerland which passes by Lake Geneva, the vineyards of La Côte Region and in the Jura Vaudois. 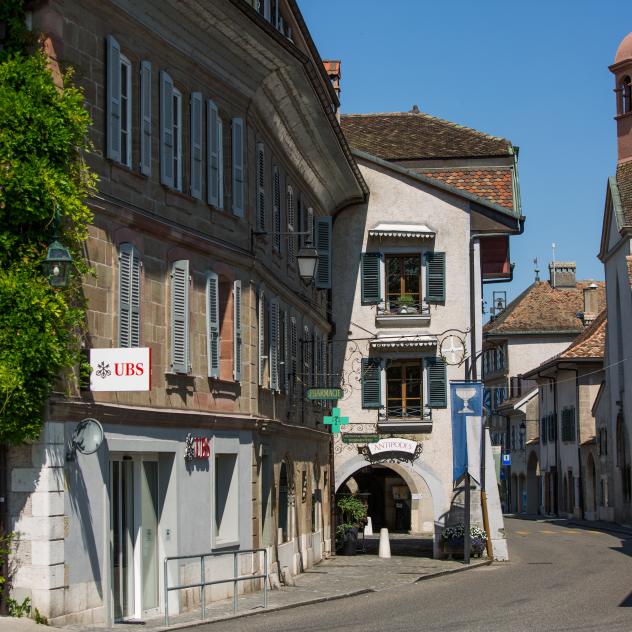 Walk from Coppet to Divonne-les-Bains

Walk from Coppet to Divonne-les-Bains

Immediate boarding to get carried away! The company proposes unforgettable cruises on Lake Geneva. 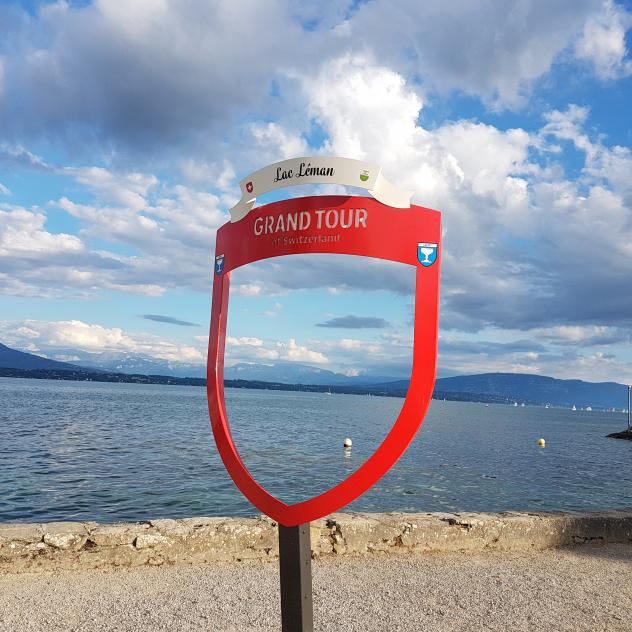 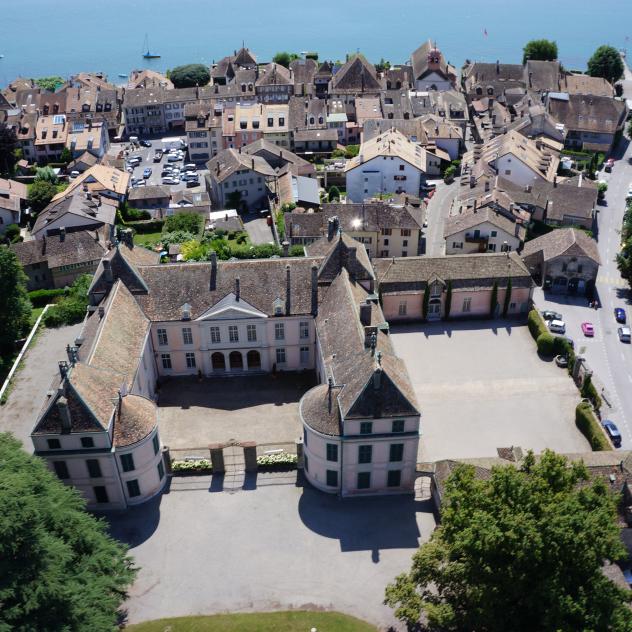 In the regions of Terre-Sainte by bike

In the regions of Terre-Sainte by bike

Located in the park of the castle of Coppet, the ice skating rink will make you discover this magical scenery.